Home     Montessori pedagogy    A brief history of Montessori in Spain

A brief history of Montessori in Spain

The educational efforts of Dr Montessori, during the first years of the 20th century in Italy, attracted attention from around the world. From that moment, the demand for specific training by Italian teachers who wanted to apply her method kept increasing, until 1909 when Dr Montessori conducted the first training course for Italian teachers. With the publication of her book 'Scientific Pedagogy as Applied to Child Education', word of her method also became widespread outside Italy.

The first international training course took place in Rome in 1913 and brought together teachers from the United States, Australia and also from Catalonia. Six years later, Dr Montessori visited England to give a training course, which was reported in the English newspaper, The Daily News: "Dr Montessori, famous for being a pioneer in child education, has arrived in London to give a training course to British teachers. Although the course is limited to two hundred-fifty places, there have been more than two thousand applications." From this time on, Dr Montessori ran courses in countries such as Austria, Germany, Holland, Spain and Italy.

This moment coincided with the rise to power of Benito Mussolini and due to problems with 'il Duce', Dr Montessori was obliged to leave Italy and resume her educational work in Barcelona, where the Montessori Method had already been introduced in schools and educational centres for a number of years. Montessori schools were opened in the Catalan capital which went hand-in-hand with all the Active Pedagogy that was taking centre stage at that time. With the arrival of the Civil war and the dictatorship, Dr Montessori went to Holland, but the educational centres in Spain managed to survive a little longer, leaving a significant mark on education in Catalonia.

Regarding the monitoring and consolidation of the Montessori teaching method, it is important to highlight a key moment in her career, when in 1929 she created the Association Montessori Internationale (AMI) to organise her work and ensure that her methodology was maintained in accordance with the pedagogical and philosophical guidelines.

In terms of the spread of the educational method in Spain, a pedagogical renewal movement began in 1973 with a particular regard to the Montessori methodology. From this point, the Asociación Montessori Española (Spanish Montessori Association, AME) was founded in Madrid, which was responsible for delivering training courses, some of them at the university. This association promoted the opening of Montessori schools, but due to lack of teacher training, the educational method was abandoned. There followed a long hiatus in the application of the method in Spain. Despite this, the interest in Montessori pedagogy continued to grow and teachers opted to go abroad to train, following the guidelines set out by the AMI, then the only official institution for training teachers.

The history of Montessori pedagogy in Spain underwent a key moment in 1997-98, when the Montessori Palau Girona School decided to implement the method in accordance with the AMA guidelines, becoming the first school to implement Dr Montessori’s method in Spain. It was from this point that the transformation of a traditional school into a Montessori school began, with the Infant and Primary teaching staff trained by the AMI.

From 2008 onwards, the idea of bringing together all the people linked to the Montessori project in Spain was reborn and the Spanish Montessori Association was promoted once again, recovering its original mission and sharing its strategic objectives with the Association Montessori Internationale (AMI). Finally, in 2013, it was officially recognised by the AMI and it became linked to this international organisation.

Currently, Montessori Pedagogy is experiencing a period of exponential growth, both with the number of newly created centres that apply the Montessori method, and by the large number of teachers who have decided to train in the philosophy of Dr Montessori. 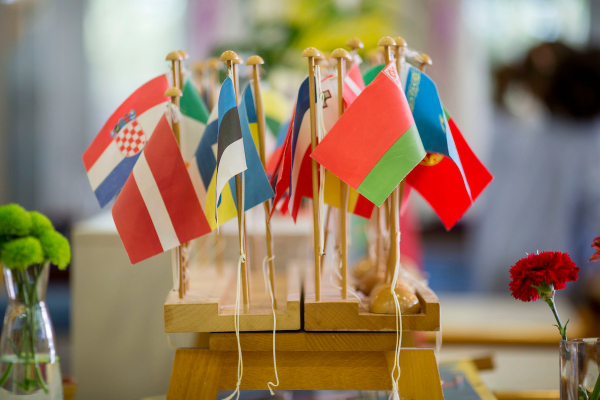 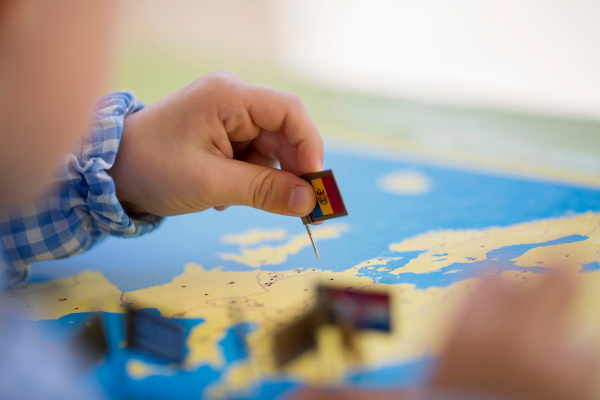