The Absorbent Mind Stage, basis of the creation of the person

Both at the 0-3 years, or Nursery stage, and at the second cycle from 3 to 6 years, the recognised Montessori method and materials are individually attuned to each student, allowing the development of their potential, taking into account their sensitive periods and developing their personal autonomy. Throughout the school day, the various intelligences are specifically worked upon, achieving early stimulation and working on the four languages - Catalan, Spanish, English and German - with native teachers.

The child between the ages of 0 and 6 years is at a stage during which the brain is being formed - Dr Montessori called this the "Absorbent Mind Stage" - and which forms the basis of the creation of the individual. At this age, they have a special unconscious sensitivity for learning language, for order, for refinement of the senses and refinement of movement.

For the youngest students, until they are 2 ½ years old, the classrooms at Montessori Palau Girona are 200 m2, and from 2 ½ and to 6 years, the classrooms are 100 m2. All of these, with their natural outdoor environments, are equipped with materials tailored to the child, arranged in a specific and precise order and with a design that arouses the child’s interest and sensitivity. This atmosphere is similar to that of the home. The classrooms include all the material for the Montessori method. The opportunities for movement within the classroom are aimed at refinement, which will be used to acquire the abstract concepts of knowledge of the environment and for all other areas of the curriculum.

The role of the adult:

Guiding the child with great respect for their potential (being a model for the child), designing and preparing the prepared environment and creating a link between the child and the environment, eliminating the obstacles to autonomous working. The Montessori guide presents the child with the developmental materials with which they can work, allowing them to do so while respecting their freedom. The children are accompanied in the development of the four languages through direct communication with native adults who, every day, spend time together with the students in the classroom.

The work of the child:

Students construct the neural connections in their brains through the use and repetition of the materials presented and through sensory exploration, which will allow them to express their human tendencies for self-construction, both mental and physical.

The Infant Education Curriculum and its extensions:

The Infant Education Curriculum at Montessori Palau Girona goes beyond the official curriculum. Its main basis is the Montessori educational method and the principles of early stimulation. The fundamental objective is the adaptation of the child to the world through neuro-sensory-psychomotor development and social experience.  Bearing in mind the psychological characteristics of children and their sensitive periods, students have the opportunity to work independently with developmental materials that simultaneously stimulate multiple skills or intelligences, taking the development and refinement of the senses and movement into account, and enhance language and communication with classmates and adults by being put into daily contact with the four languages.

The legacy of the stage:

The development of the self-discipline, the self-knowledge and movement control, necessary to begin a new phase. 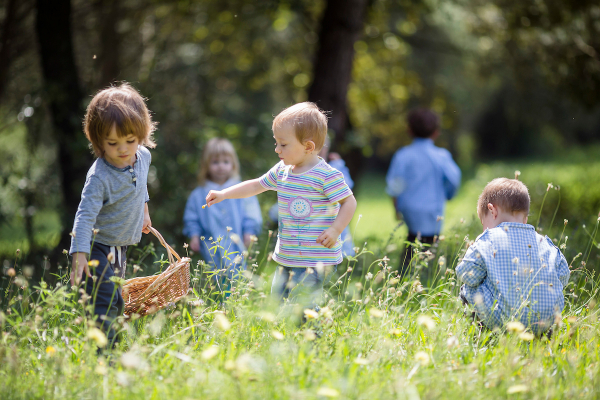 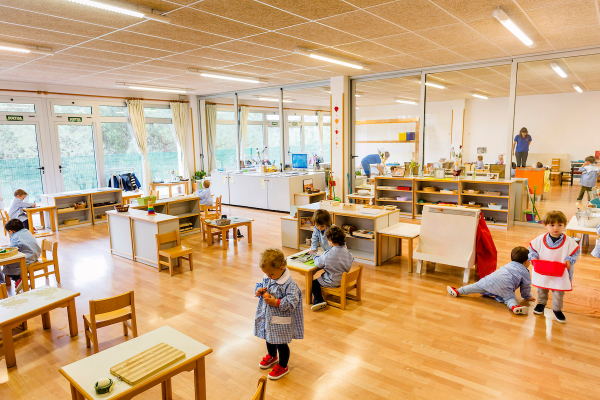 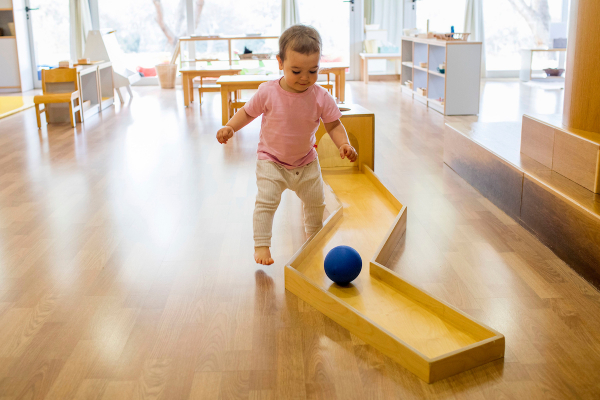 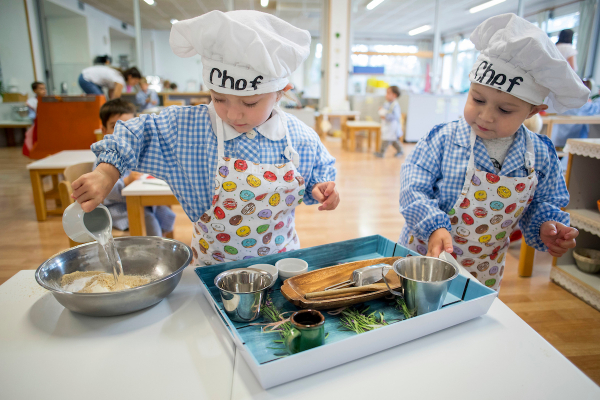 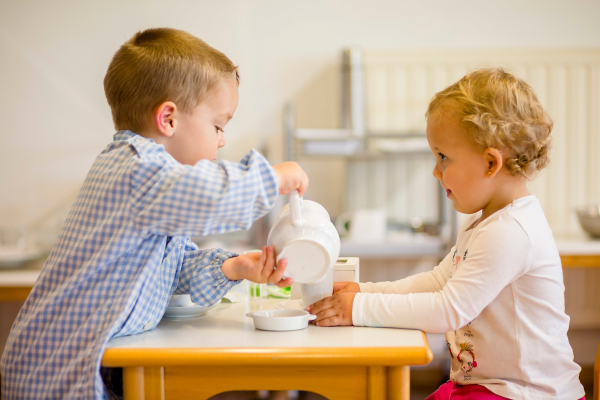 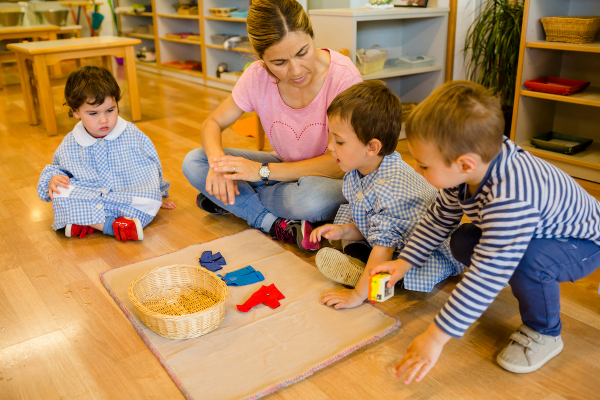 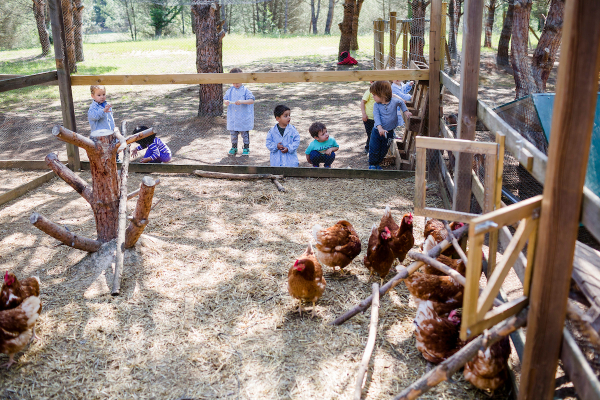 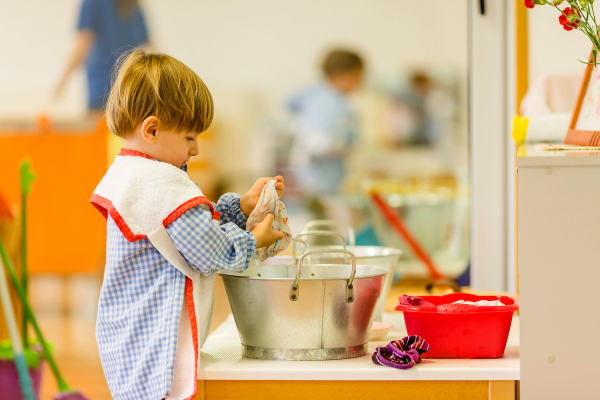 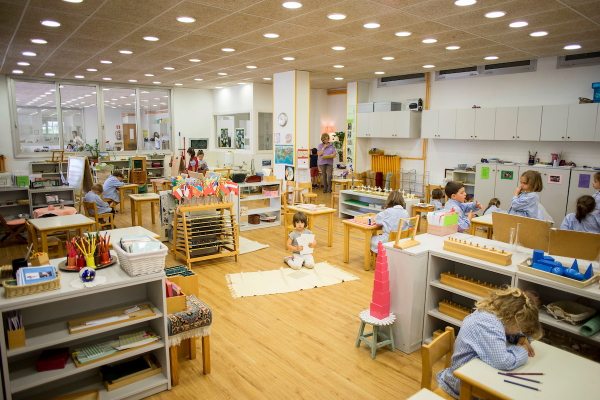 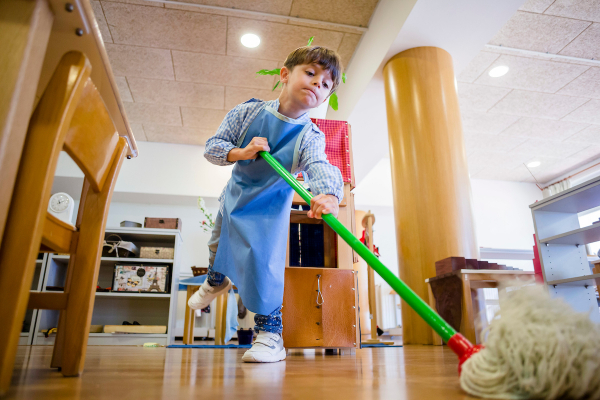 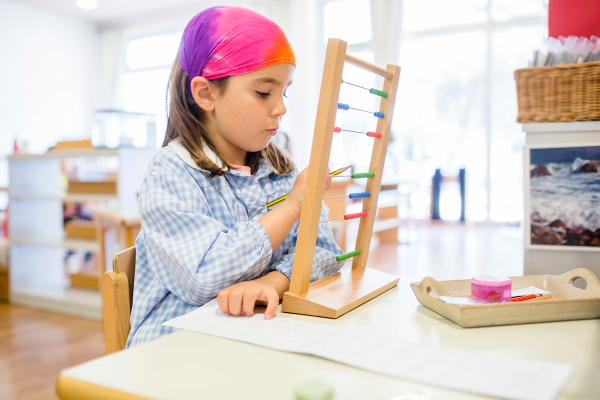